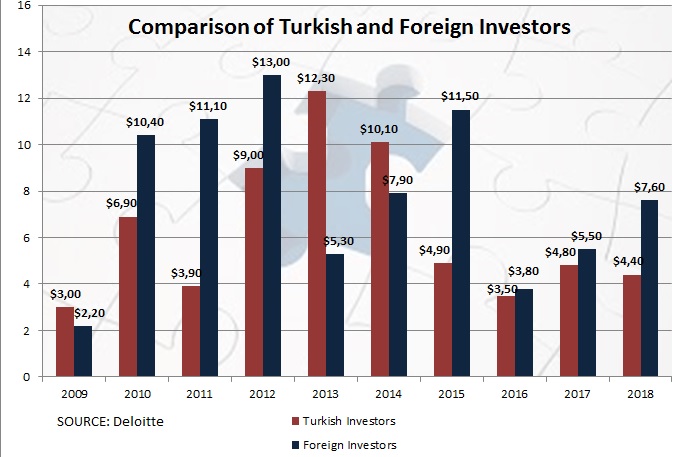 The five largest transactions in 2018 are below; 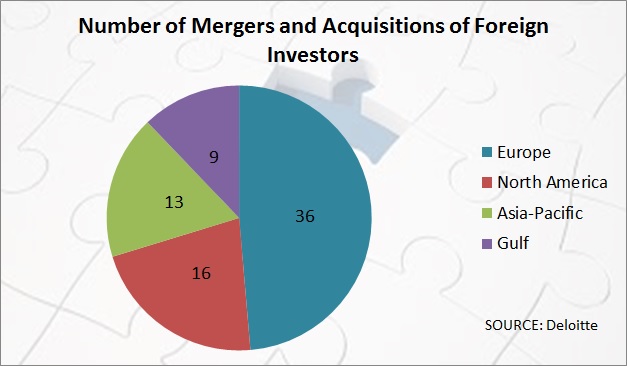 Another interesting point of the data of 2018 is that the contribution of the Private Equity Companies to total M&A transactions on the basis of both the number of transactions and the transaction volume remained quite limited. The number of transactions made by PE companies last year decreased to 105 (146 in 2017), while the financial contribution of these firms to the total transaction volume declined to $ 1 billion ($ 2.6 billion in 2017). The majority of the transactions performed by financial investors belong to venture capital companies and angel investors in 2018. While these two investor groups signed a total of 82 M&A transactions, investments in start-up companies operating in the fields of technology, information and mobile applications in particular are noticeable.

M&A's global trading volume reached $ 4.1 trillion in 2018, marking the third best performance over the last 20 years ($ 4.6 trillion in 2007 and 4.5 trillion dollars in 2015). The transactions over $ 10 billion defined as mega deals were marked in the first 6 months of 2018. In total 30 M&A transactions announced during this period, setting the first 6-month performance record of all time. 2018 was also very positive in terms of cross-border M&A transactions. Approximately 30% of the total transaction volume was generated by international companies. 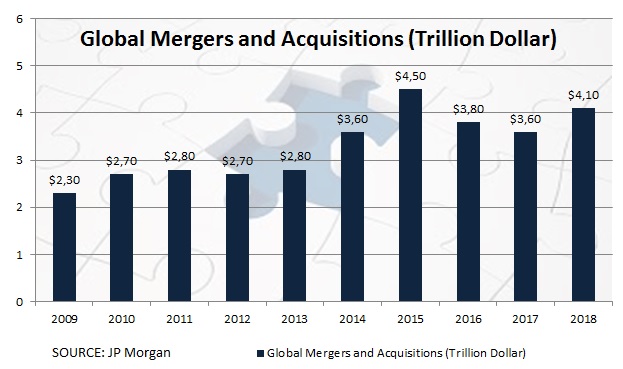 With the last quarter of 2018, there has been a serious slowdown in global M&A transactions. Global political risks and uncertainties, the protectionist policies implemented by the Trump administration and the trade wars caused by them, the signs of slowing down economic growth in the world, particularly in China and some European countries, the UK's process of Brexit and the uncertainties related to this process have led both investors at the international level and SMEs to be more cautious about new investment and growth.

All these developments naturally affected our country, as well as the problems of domestic companies in accessing financial instruments and credit resources had a negative impact on production in many sectors, especially in manufacturing and industry.

Almost all economists estimate that 2019 will not be an easy year for both the world and our country. Nevertheless, the positive expectation of more financial resources to flow the developing countries due to the FED signal’s drawing back to the policy on the raising interest rate, new investments of global companies with their objectives of the growth and competition, new technological products that encourage both consumption and investment would be viewed as grounds for optimism in near future.  And last but not least, the depreciation of national currencies has made it cheaper the assets of developing countries like Turkey to buy and invest for foreign investors. Therefore, it’s estimated that 2019 might be a good year for M&A transactions over the world because of above-mentioned issues.

Sources: The data used in this paper are taken from the 2018 Corporate Mergers and Acquisitions Report by Deloitte and the 2019 Global M&A Outlook by JP Morgan.